The Philippine Coast Guard is conducting an extensive search and rescue operation in the waters of the Sulu Sea along one of the main shipping routes after a bulk carrier overturned a fishing boat. According to the coast guard, the collision took place on Saturday May 28 in the late afternoon with 13 crew members of the fishing boat initially rescued and seven others still missing.

The 32,600 dwt bulk carrier Happy Hiro registered in the Marshall Islands had left China on May 20 for Australia. She was following one of the main shipping routes passing west of the Philippine Range when on Saturday afternoon at around 5:40 p.m. local time she collided with FB JOT-18 south of the island of Maracanao. The 580ft bulk carrier remained in the area to assist in the salvage and is now being held in the Philippines.

A passing fishing boat rescued the ship’s 13 crew and transferred them to the bulk carrier for first aid. One of the crew suffered head injuries while the others suffered minor cuts and bruises. The Coast Guard then transferred the crew of the fishing vessel ashore.

The fishing vessel capsized and sank approximately 160 miles south of Maracanao Island. The coast guard ordered the bulk carrier to head for the port of Antique, where it remained.

“It’s part of our port state control. Once the ship docks, it will be inspected and investigated,” PCG spokesman Commodore Armand Balilo told local media. He said they would check the airworthiness of the Happy Hiro. “We need to look into the circumstances surrounding the collision.”

Coast Guard cutters continue to search the area. They were assisted by the Coast Guard Air Force. 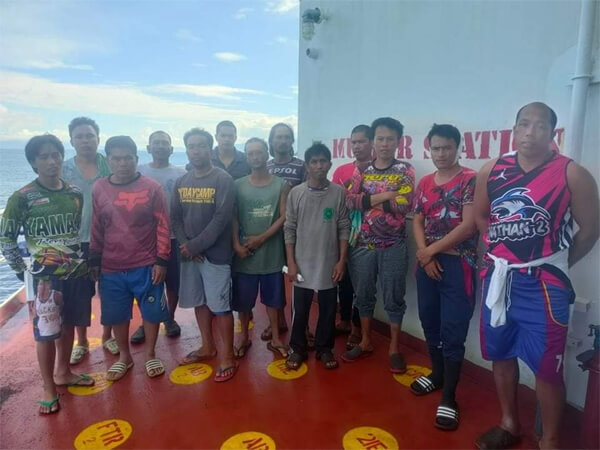